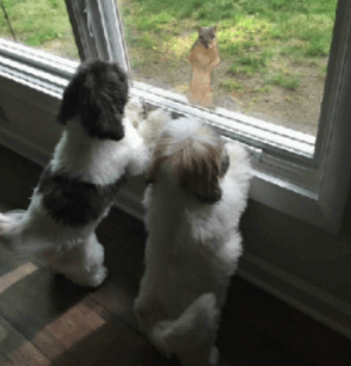 Coton de Tulear are known for their light, cottony-like coats. The coats are usually straight or slightly wavy. Cotons almost look like a miniature sheep dog, peeking at you with their dark beautiful eyes from under their long bangs. Cotons, specifically, are cheerful and charming. They are known as the anti-depressant dog. They are calm and yet very confident. They pat their paws on the floor and perform humorous antics. They are like a big dog in a small body. Coton dogs are hardy, robust, enthusiastic and celebrate your homecoming after separations. They exude happiness and harmony. Even though they love you to pieces, they also have an independent spirit. Cotons are non-shedding, hypoallergenic dogs.

ABOUT COTONS Coton means “cotton of Tulear”. Tulear, a port city on the island of Madagascar, is where the rare, ancient, pure breed Coton originated more than three centuries ago. The Coton is a member of the Bichon family and is rightfully called “The Royal Dog of Madagascar”. When France claimed Madagascar in the 17th century, the French aristocracy surrounded themselves with uncommon treasures, one of these being the little white playful dog who loved to dance upright and show off. It was made law that non-noblemen were not allowed to own Cotons and even today, it is a rare breed and usually owned by residents of distinction on Madagascar. There are many old legends about the Coton’s survival, how it came to Madagascar, and its unusual intelligence.

​The Coton de Tulear dogs are known for its light, airy, cottony-like coat, makes the Coton stand out from almost all other breeds. The Coton originated from the idyllic island of Madagascar off the southeast coast of Africa where the temperature never drops below 68 degrees F., a pleasantly warm climate. Cotons were originally found in the port of Tulear, hence the name Coton de Tulear. Madagascar used to be popular center of trade for seafarers and merchants and many times these travelers carried small, Bichon type dogs on their ships. The Coton is presumed to have evolved from these Bichon-like native dogs.
After France claimed Madagascar in the 17th century, the island paradise became home to the French aristocracy. The aristocratic ladies fashionably surrounded themselves with uncommon treasures, so it soon became unlawful for a commoner to own a Coton. It was a privilege reserved for those of noble birth. The first "cotton dogs" were actually given as presents to the regents of the island realm and the small Madagascan jewel became known as the "dog of royalty".
There are several legends about the Coton survival on the island, intriguing and colorful. It is presumed that many Cotons at first lived freely in their native country and they had to fend for themselves to survive. Cotons had to learn to outfox their natural enemy on Madagascar, the crocodile. If a Coton had to cross the river, it would bark loudly to attract all the crocodiles in the vicinity, and then once the crocs arrived, the dog would run about 330 feet down the bank, and swim across the river unharmed. Cotons to this day are highly intelligent problem solvers and great thinkers.
​Another legend tells of a shipwreck off the coast of Madagascar where a pair of Cotons were kept afloat by their luxurious coats and reached the island safely.  How they made it through the shark infested waters around Madagascar remains unclear.
​The first officially recognized Coton dogs in Europe and the United States occurred around 1974-75 when imported  breeding stock arrived directly from Madagascar.
​This rare breed continues to grow in popularity.  Its bright, cheerful personality is so beloved by its owners that many of our customers report to us, "I will never be without a Coton again."
​

Coton deTulear breeders in the US 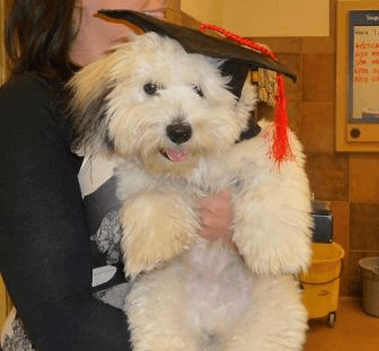 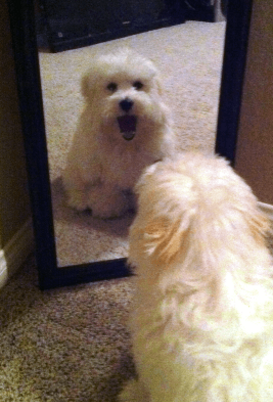